There is a great war being waged in the world today. It is not a conflict between nations, tribes, or government leaders. It is not a rebellion or coup. It is an important invisible battle taking place in the spirit world. The Bible states that God’s people are destroyed because of lack of knowledge (Hosea 4:6). One of the main areas in which believers are being defeated due to lack of knowledge is in spiritual warfare.

The early Church viewed their spiritual experience in terms of warfare. Military terminology is used throughout the New Testament. Protection was seen in the armor of God. The Word of God was compared to a sword. Satan’s attacks were called fiery darts. Faith was the “good fight” and believers were told to “war a good warfare.” The early Church knew they were engaged in an intense spiritual struggle.

The same spiritual battle continues today but instead of fighting the enemy, believers are often building great church buildings, producing musical dramas, holding fellowship meetings, and fighting one another while this great spiritual battle wages around them. Satan has even intensified his attacks against a church that has withdrawn from the front lines of battle.

As the end of time approaches it is even more important for believers to understand spiritual warfare than in the early days of church history. The Apostle Paul warned:

This know also, that in the last days perilous times shall come. (II Timothy 3:1)

In order to be properly prepared for these perilous times, renewed emphasis must be placed on the strategies of spiritual warfare. The Christian life is war. The sooner we recognize and prepare for it, the sooner we will experience victory.

Luke 14:31 says, “What king, going to make war against another king, sitteth not down first, and consulteth whether he is able with ten thousand to meet him that cometh against him with twenty thousand?” No king ever entered into a battle without a careful examination of his resources and development of battle strategies. In essence, that is what we are doing in this course. We are making a careful evaluation of the strategy, weapons, and power available to us to win the war against our enemy, Satan.

In the military world, “strategy” is the science of forming and carrying out military operations. It is the method or plan which leads to the goal of victory. In this course you will learn to formulate and carry out spiritual military strategy which will bring victory in the spirit world.

Each lesson is presented in military terms consisting of the following sections:

THE CALL TO ARMS:

Chapter 1 explains the invisible war and sounds the “call to arms” for all true believers.

All armies in the natural world have induction procedures. These are special things you are required to do in order to join the forces. The same is true of God’s army. Chapter 2 explains how to enlist in God’s Army.

After induction into an army, a soldier always receives basic training. Basic training for God’s army is presented in Chapters 3 through 9. The battle lines of the invisible war are defined. The forces of good and evil are discussed, including the Lord of Hosts, angels, Satan, demons, the world, and the flesh. Enemy territory and strategy are identified, and a general overview of God’s battle plan presented.

Training is useless unless an army is mobilized. To “mobilize” means to “put in a state of readiness for active military service.” In the “Mobilization” section of this course in chapters 10 through 13, you will learn about offensive and defensive warfare, how to use the weapons of your warfare, and natural parallels of spiritual warfare.

During an invasion in the natural world, an army enters the actual combat zone to conquer its foes and claim territory. Basic training is useless unless what is learned is put into action. Even a mobilized army equipped with weapons is not enough if it stands inactive on the sidelines. To be effective in warfare, you must actually enter the combat zone. In the “invasion” stage, consisting of Chapters 14 through 19, you will enter the combat zone of the world, the flesh, and the Devil. You will study the battle in the mind, with the tongue, over the spiritual walls, in high places, and over strategic territory. In each of these lessons specific strategies of Satan are identified and counter strategies for overcoming the enemy are presented.

After gaining some experience in battle, soldiers usually receive advanced training in specific areas of warfare. This portion of the manual is entitled “Spiritual Warfare Advanced Training,” the initials of which spell “SWAT.” In military action, a “SWAT” team is a specialized group of soldiers used for difficult missions. In the advanced training offered in this manual, you will learn about transference of spirits, how to assist prisoners and casualties of war, and how to deal with demonic powers. You will also learn how to lose a battle and still win the war.

During “final briefing” in Chapter 26 you will study “the final conflict” which will bring this war of the ages to a triumphant conclusion.

In the Appendix of this manual, you will examine the historical record of “Decisive Battles Of The Bible” as you continue to develop your spiritual warfare skills.

Each lesson in this warfare manual is organized as follows:

These are the spiritual warfare goals you should achieve by studying the lesson.

KEY VERSE FROM THE ARTICLES OF WAR:

When a nation declares war, they often issue “Articles Of War.”  This document explains why they are at war, identifies the enemy, and declares the objectives of the war. The Bible is the written Word of the one true God, the Commander of our spiritual army. The Bible contains our “Articles Of War” for spiritual combat. In each lesson, the “Key Verse From The Articles Of War” emphasizes the main concept of the lesson.

The introduction provides an overview of the content of the chapter.

This presents the “military briefing” for that chapter. A “briefing” is a time of instruction prior to battle which provides information necessary to wage effective warfare.

In a natural army, “inspections” occur regularly to check on the preparation and skills of the soldiers. The “Inspection” section of each chapter is an examination to see if you have obtained the objectives of that lesson.

During tactical maneuvers in a natural army, soldiers apply what they have learned to actual combat conditions. This part of each lesson provides opportunity for you to apply what you have learned and to study other materials related to the lesson.

The exposing of the enemy and his strategies is one of the greatest revelations of God’s Word. Even greater is the revelation that as believers we have power over all the powers of the enemy. This manual is by no means an exhaustive study of the subject of spiritual warfare, but it is an in depth Scriptural analysis. As in natural warfare, skill in spiritual warfare is progressive as you enter the combat zone and begin to fight.

Upon completion of this course you will be able to: 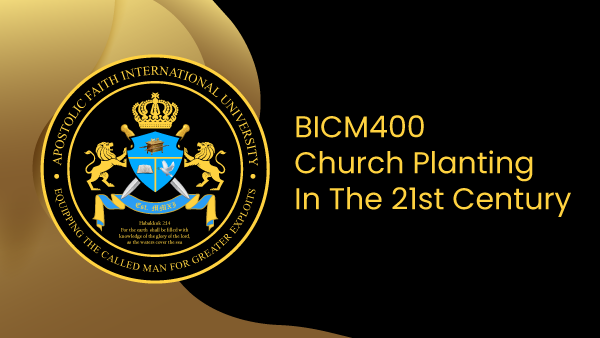 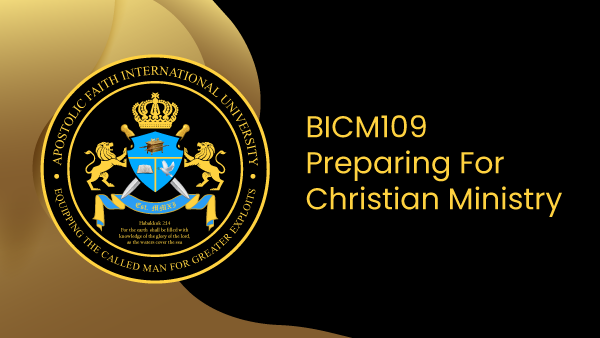